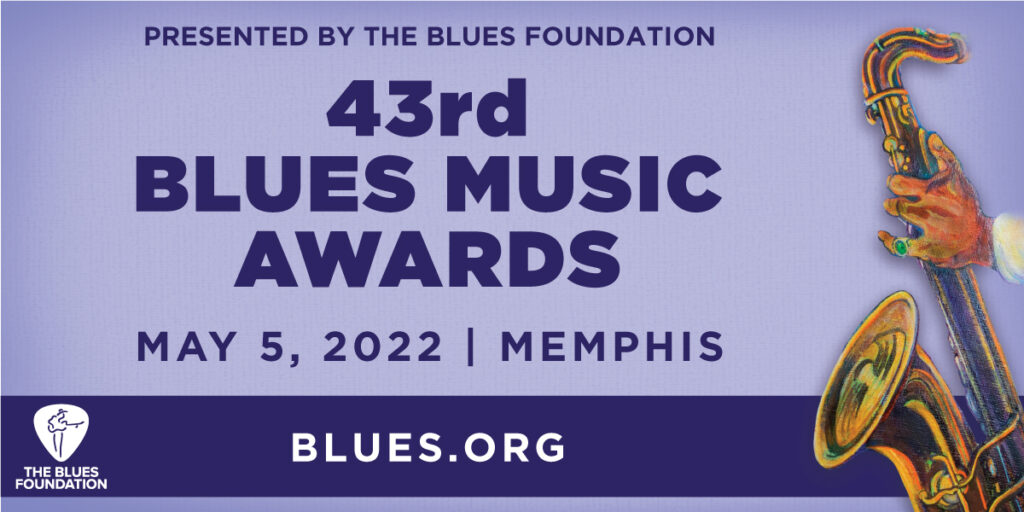 KEB’ MO’, TOMMY CASTRO, TOM HAMBRIDGE, CHRIS CAIN, SUGARAY RAYFORD, ERIC GALES, ARE AMONG THE  DISTINGUISHED, DIVERSE GROUP OF NOMINEES  TO BE CELEBRATED AT THE 43RD ANNUAL BLUES MUSIC AWARDS The Blues Foundation will reveal the winners at its Gala Ceremony in Memphis on May 5Blues Hall of Fame Induction Ceremony May 4

MEMPHIS, Tenn. — An impressive assembly of blues music masters, ranging from Blues Hall of Famers to rising stars, will gather in Memphis on Thursday, May 5th, for the 43rd Annual Blues Music Awards. Presented by The Blues Foundation, the BMAs honor the past year’s exceptional achievements in blues music recording, performance, and songwriting, as well as supporting the blues rich cultural traditions. This celebratory evening is recognized internationally as the blues world’s premier event brings nominees to town and many on stage to perform. The event takes place at Memphis’ Renasant Convention Center, (255 North Main Street), where a Blue Carpet will lead to the theater. The Blue Carpet pre-show commences at 5pm. Tickets range from individual seats for $150 to Premium tables (seats 10) for $1800. Ticket sales are now open and can be purchased by clicking here.Topping the list of talented BMA contenders is Tommy Castro, with five nominations, B.B. King Entertainer of the Year, Album of the Year, Band of the Year (with The Painkillers), Contemporary Blues Album, and Blues Rock Artist. Castro previously won Band of the Year (2010), B.B. King Entertainer of the Year (2008 & 2010), was a two-time winner for Contemporary Blues Album (2010, 2008), as well as winning Contemporary Blues Male Artist (2010). This is Castro’s fourth nomination for the B.B. King Entertainer of the Year award and his first nomination for Album of the Year. And behind Tommy Castro in the nomination count is Tom Hambridge and Chris Cain, each receiving four nominations. Hambridge is up for Instrumentalist – Guitar, and has three entries for Song of the Year, a win he previously captured with a track co-written with Buddy Guy. Finishing the quadruplet nominations is Cain, with nods in both Contemporary categories (Male Artist and Blues Album). Further, this is Cain’s third nomination for Instrumental – Guitar and first nomination for Album of the Year (Raisin’ Cain). Some of the past winners hoping to reclaim awards are Sugaray Rayford (B.B. King Entertainer of the Year), Eric Bibb (Acoustic Blues Artist), Mike Zito (Blues Rock Album), Kingfish (Contemporary Blues Album), Keb’ Mo’ (Acoustic Blues Artist), Ruthie Foster (Contemporary Blues Female Artist), Kim Wilson (Instrument – Harmonica), Danielle Nicole (Instrumentalist – Bass), and Kenny Neal (Contemporary Blues Male Artist). Mike Finnigan, who passed away last August, was posthumously nominated for the Pinetop Perkins Player Award (Instrumentalist – Piano). In addition, Wee Willie Walker & The Anthony Paule Soul Orchestra have been nominated for Album of the Year and Soul Blues Album for Not In My Lifetime. Walker passed in 2019 just three days after finishing the album’s recording session. The International Blues Challenge (IBC), taking place this year from May 6-9, has proved to be a fertile breeding ground for up-and-coming blues artists. Previous IBC winners nominated for this year’s Blues Music Awards include Altered Five Blues Band, Selwyn Birchwood, Eden Brent, Kevin Burt, Zac Harmon, Diunna Greenleaf, Dave Keller, Dave Keyes, Mr. Sipp, J.P. Soars, Gabe Stillman, GA-20’s Matt Stubbs, and Jontavious Willis. Freshman BMA nominees who once competed as IBC Solo/Duo Challengers are Veronica Lewis and Memphissippi Sounds. Lewis is also the youngest nominee this year at just 18 years old. The night before the BMAs, The Blues Foundation’s Blues Hall of Fame Induction Ceremony takes place Wednesday, May 4, 2022, at Memphis’ Halloran Centre at the Orpheum (225 South Main Street). Following a 5:30pm cocktail reception, the inductions begin at the Halloran Theater. Tickets, which include ceremony and reception admission, begin at $75 each and, as with any other musical event or charitable donation, they are non-refundable. The 2022 class of inductees will be announced in the coming weeks. The complete list of Blues Music Award nominees can be found below. The ballot will be open for voting to current Blues Foundation members only until 11:59 pm CST on Friday, March 18th. To become a Blues Foundation member, visit www.blues.org. Upon membership confirmation, new and renewing members will be sent instructions on how to access the 2022 Blues Music Awards Ballot.  Major funding for the 43rd Blues Music Awards is provided by ArtsMemphis, Tennessee Arts Commission, and Memphis Tourism. Special thanks to partners Memphis Airport Authority and DittyTV.

Best Emerging Artist Album
GA-20 Does Hound Dog Taylor: Try It… You Might Like It!, GA-20
Just Say The Word, Gabe Stillman
Live On Beale Street: A Tribute To Bobby “Blue” Bland, Rodd Bland and the Members Only Band
Welcome To The Land, Memphissippi Sounds
You Ain’t Unlucky, Veronica Lewis

Soul Blues Album
Let’s Have A Party, Gerald McClendon
Long As I Got My Guitar, Zac Harmon
Not In My Lifetime, Wee Willie Walker & The Anthony Paule Soul Orchestra
You Get What You Give: Duets, Dave Keller
You Gotta Have It, Tia Carroll

GET READY TO VOTE!

To become a Blues Foundation member, visit www.blues.org and click on the Join button to learn about the different membership levels and how to easily and securely join online. Upon membership confirmation, new and renewing members will be sent instructions on how to access the 2022 Blues Music Awards Ballot.

If you do not remember your membership login or need assistance logging in, please contact [email protected] or 901-527-2583, ext. 10. 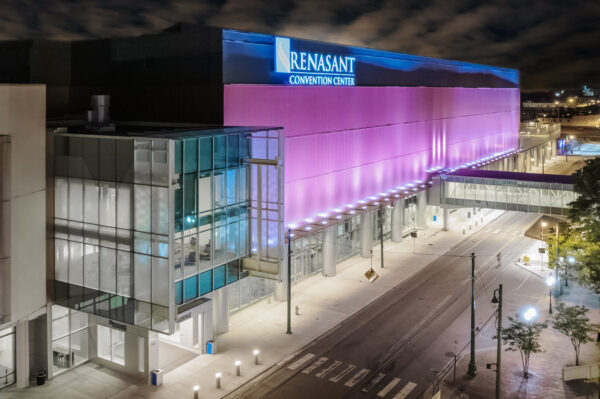 The 43rd Blues Music Awards will be held on May 5, 2022 at the Renasant Convention Center in Memphis, TN. The Blue Carpet will lead to the theater with doors opening at 5:30pm.

TICKETS ARE ON SALE NOW 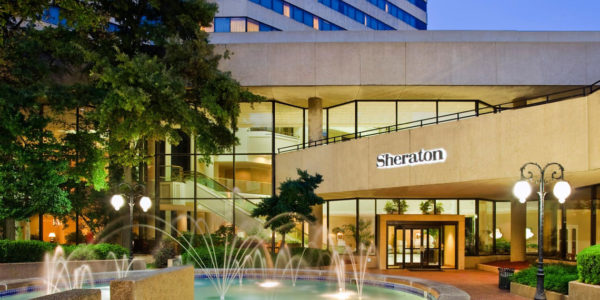 Our host hotel for the Blues Music Awards is the Sheraton Memphis Downtown Hotel, conveniently located across the street from the Renasant Convention Center where the BMA Ceremony takes place.

The room block at the Sheraton with discounted rates for BMA attendees is now open.