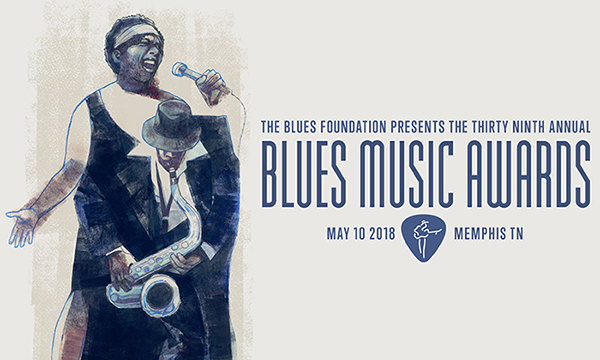 Rick Estrin scored a trio of honors too at blues music’s big night, with Mavis Staples, Trombone Shorty, and Robert Cray also among the winners. 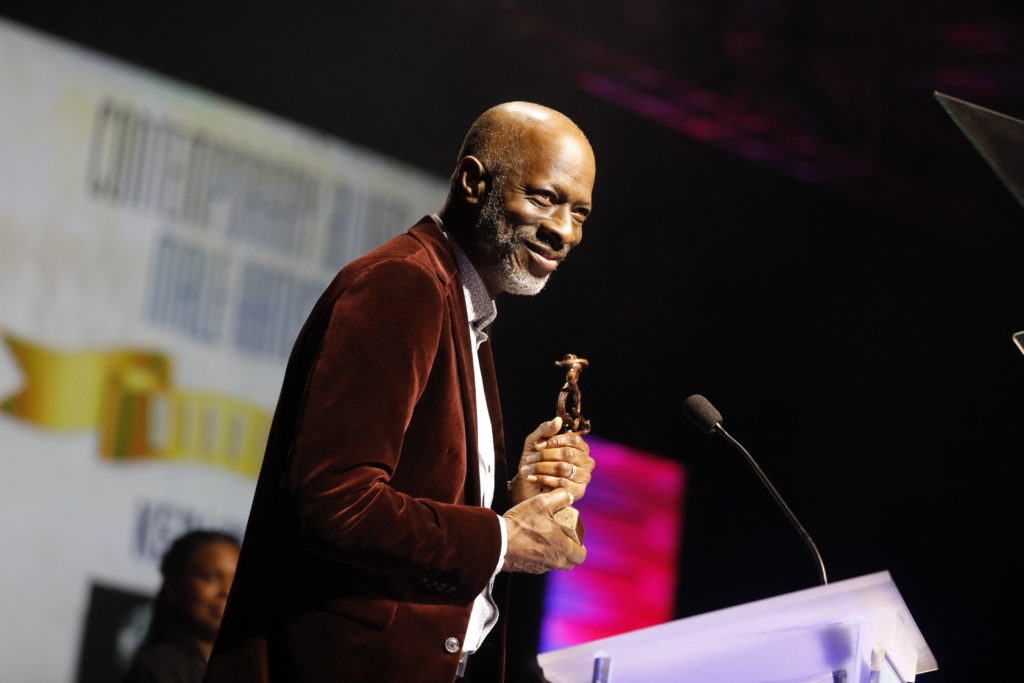 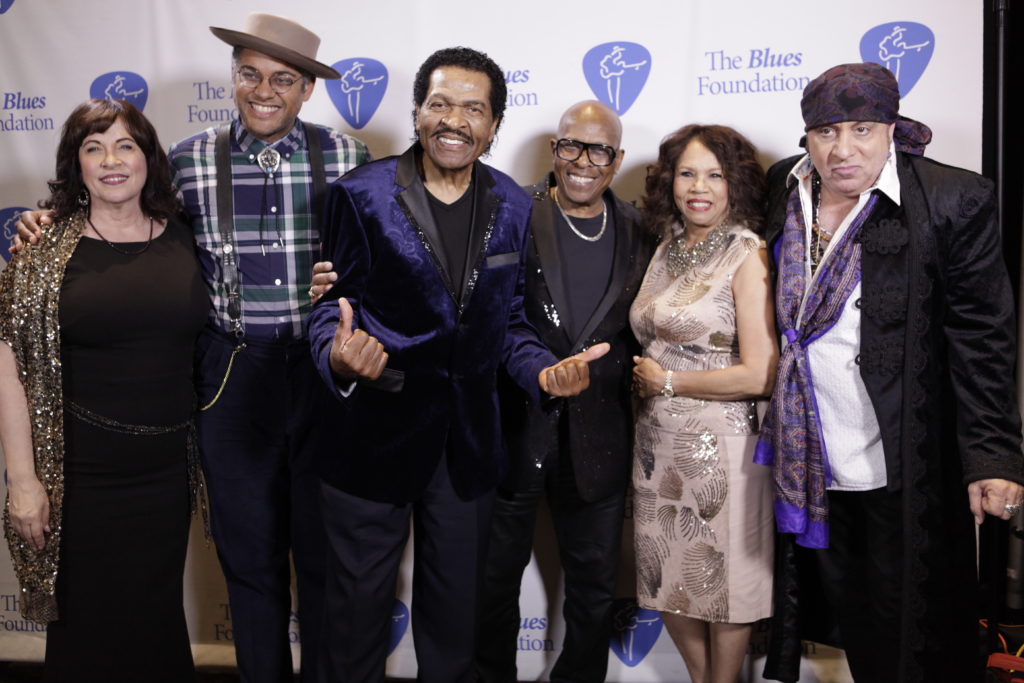 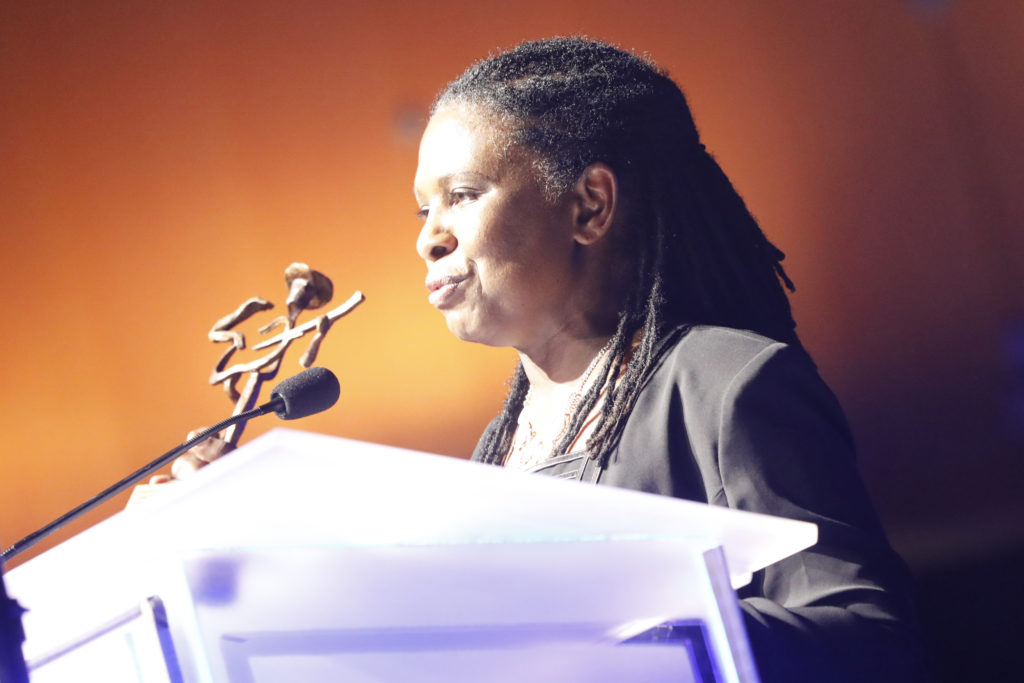 MEMPHIS, Tenn. — The 39th annual Blues Music Awards turned into something of a one-year anniversary party for Taj Mahal and Keb’ Mo’. Their acclaimed collaboration TajMo, which was released on May 4, 2017, picked up both Album of the Year and Contemporary Blues Album honors at this all-star ceremony that The Blues Foundation hosted on May 10. An American roots music legend who was inducted into the Blues Hall of Fame in 2009, Taj Mahal also was named the B.B. King Entertainer of the Year and best Acoustic Artist, while his equally heralded musical partner Keb’ Mo’ was chosen best Contemporary Blues Male Artist.

Rick Estrin was the night’s other big multi-award winner. Estrin, who had garnered the most BMA nominations with eight, was selected best Traditional Blues Male Artist, his song “The Blues Ain’t Going Nowhere” won Song of the Year, and Rick Estrin & the Nightcats earned the Band of the Year honors.

Little Steven Van Zandt was a masterful host for the festivities presented at Memphis’ Cook Convention Center. He also served as one of the evening’s award presenters along with such revered musicians as Tony Joe White, Joe Louis Walker, Candi Staton, Janiva Magness, David Porter, and Ruthie Foster. Van Zandt capped off the night by joining guitarist Mike Zito on stage to close down the dynamic show on a high note.

Mike Zito also was picked as the best Blues Rock Artist, which was one of the two new categories that the Blues Foundation added to the Blues Music Awards this year. The other new category, best Instrumentalist-Vocals, was nabbed by Beth Hart.

Ruthie Foster not only was a presenter but a winner too of the Koko Taylor Award for Traditional Blues Female Artist. Another fine blues guitarist, Samantha Fish, was chosen Best Contemporary Female Blues Artist, while Mavis Staples retained her title as Soul Blues Female Artist. The Soul Blues Male Artist winner also was a returnee from last year, Curtis Salgado. Victor Wainwright, similarly, held on to the Pinetop Perkins Piano Award for Instrumentalist–Piano, a title he has won four of the last six years.

The packed house of top blues musicians, music business professionals and devoted fans from around the globe not only got to salute the best in blues for the past year but also enjoyed a night filled with terrific live performances. Many of the nominees and winners lit up the stage, including Keb’ Mo’, Rick Estrin & the Nightcats, Walter Trout, Southern Avenue, Monster Mike Welch & Mike Ledbetter Band, North Mississippi Allstars, Guy Davis, Vanessa Collier, Larkin Poe, and The Anthony Paule Soul Orchestra featuring Vaneese Thomas, Trudy Lynn, Sugaray Rayford, Wee Willie Walker. Blues music continues to grow and thrive; half of the performances on the BMA stage were led by artists who are under the age of 45, with many still in their 20s and 30s. Blues Foundation President and CEO Barbara Newman reports, “We are watching the trends closely, and the blues, as a genre, is definitely on an uptick, with younger musicians being drawn to create and play this style of music and a continually growing following of the music on our social media outlets and beyond.”

While the Blues Hall of Fame Induction ceremony and the Blues Music Awards certainly rank as highlights, the Blues Foundation’s Blues Music Week also contained a variety of special events, including a Little Steven concert, a special meet-and-greet with painter Michael P. Maness (whose art is currently on display in the Blues Hall of Fame Museum), a Bob Porter book signing, a Recording Academy luncheon, free health screenings hosted by the Blues Foundation’s HART Fund, and a lively jam session fundraiser that followed the Induction ceremony.

As Little Steven said in his introductory speech, “At a time our country is more segregated than at any time in the past 100 years, music holds us together and touches all our souls.”

About the Blues Foundation: This world-renowned, Memphis-based organization holds a mission to preserve blues heritage, celebrate blues recording and performance, expand worldwide awareness of the blues, and ensure the future of this uniquely American art form. Founded in 1980, the Blues Foundation has more than 4,000 individual members and close to 200 affiliated blues societies representing another 50,000 fans and professionals around the world. Its signature honors and events — the Blues Music Awards, International Blues Challenge, and Keeping the Blues Alive Awards — make it the international hub of blues music. Its HART Fund provides the blues community with medical assistance for musicians in need, while Blues in the Schools programs and Generation Blues Scholarships expose new generations to blues music. Throughout the year, the Foundation staff serves the global blues community with answers, information, and news. 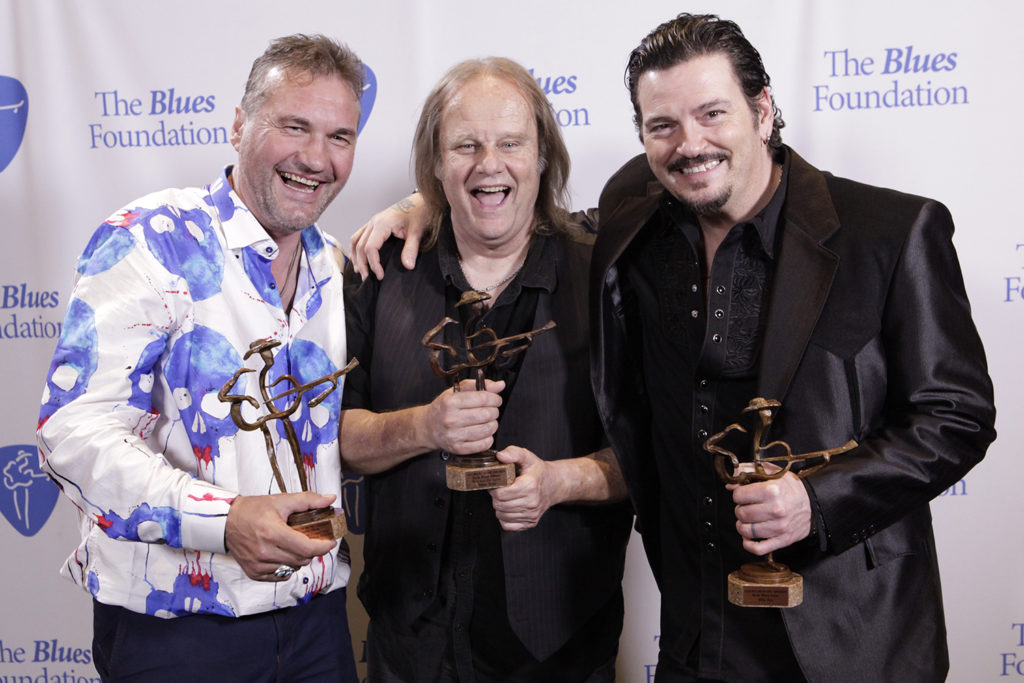 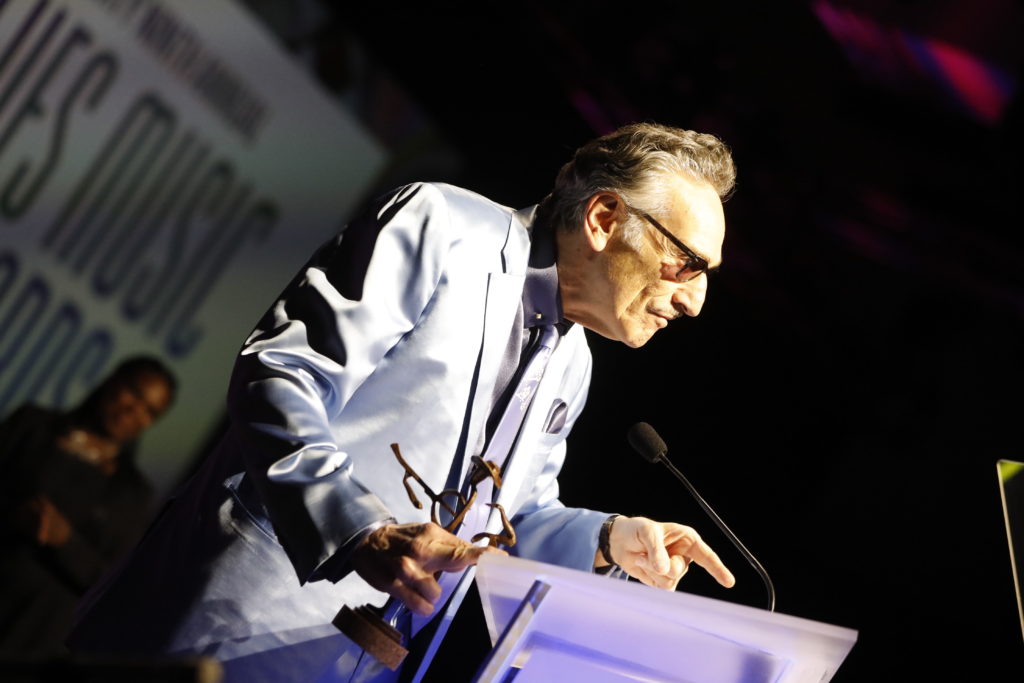 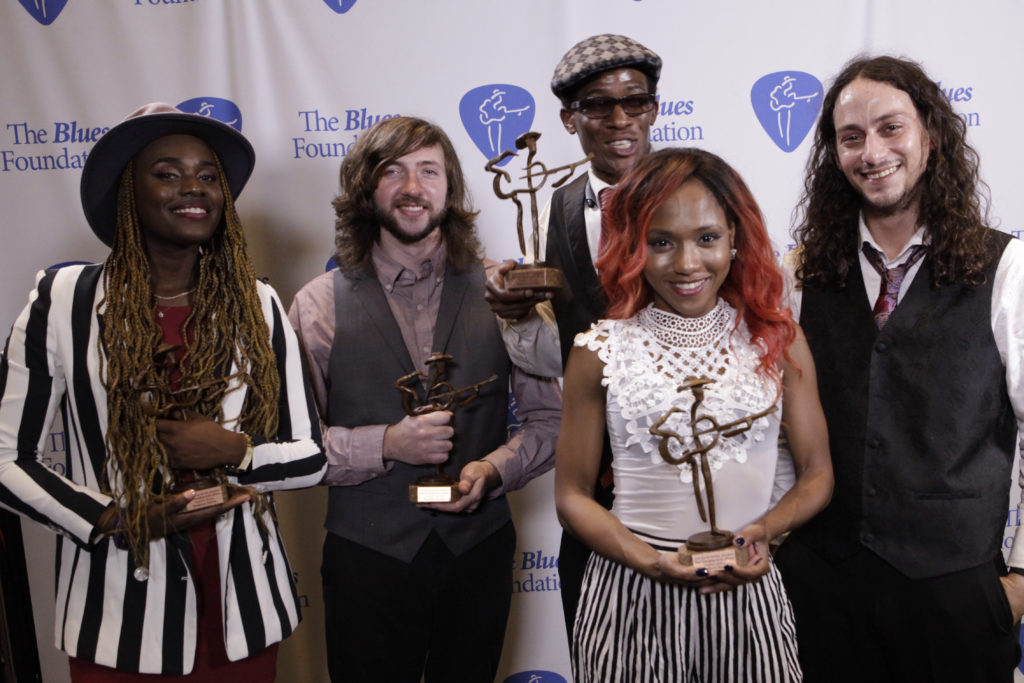 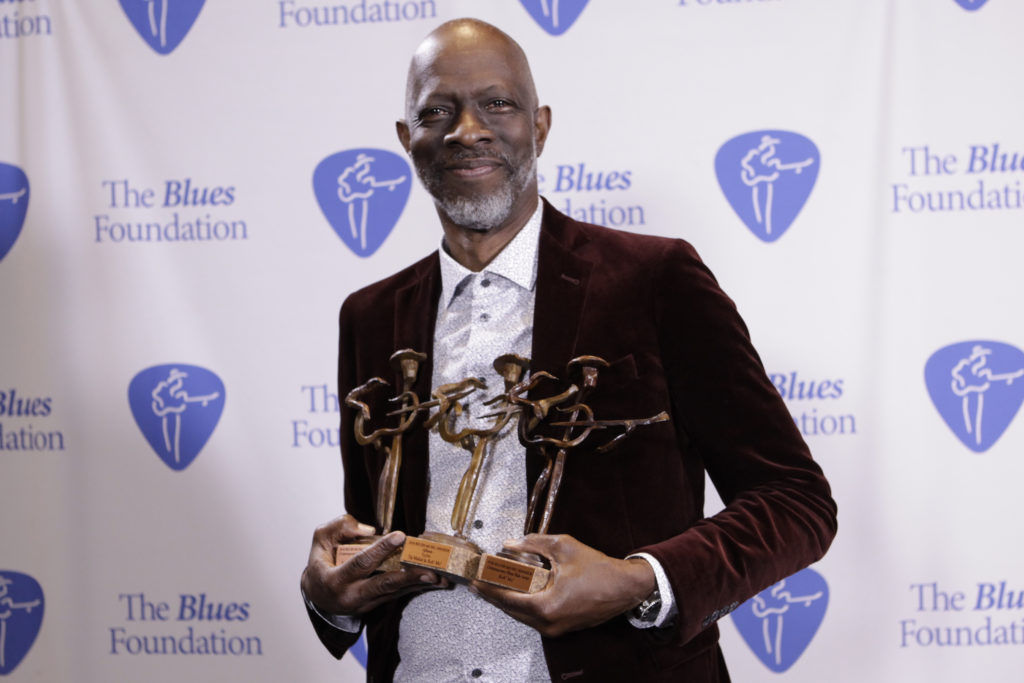 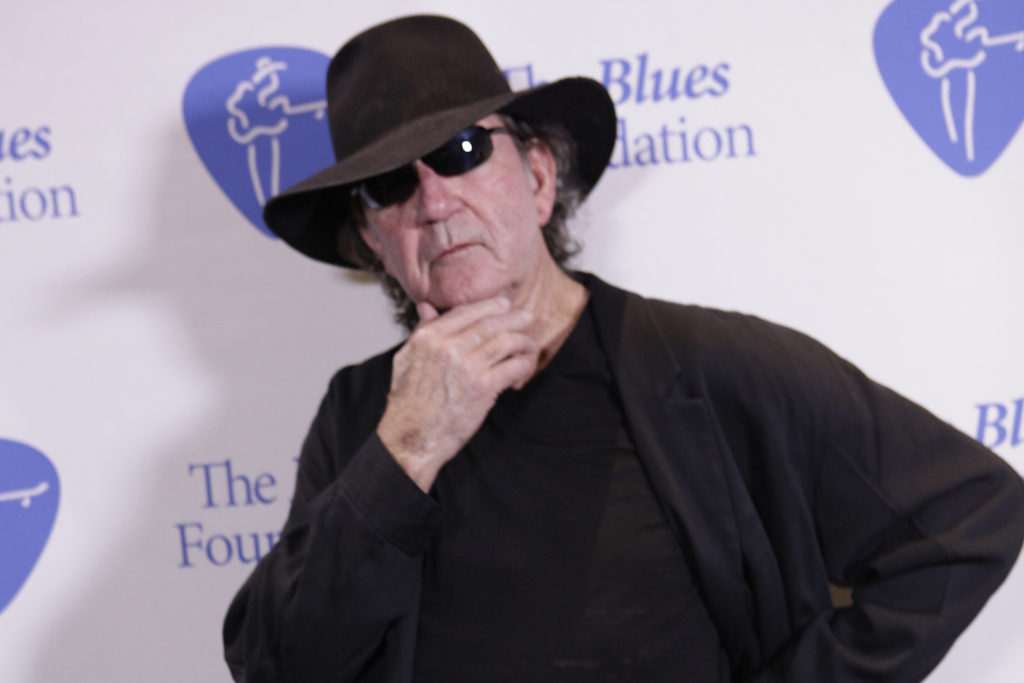 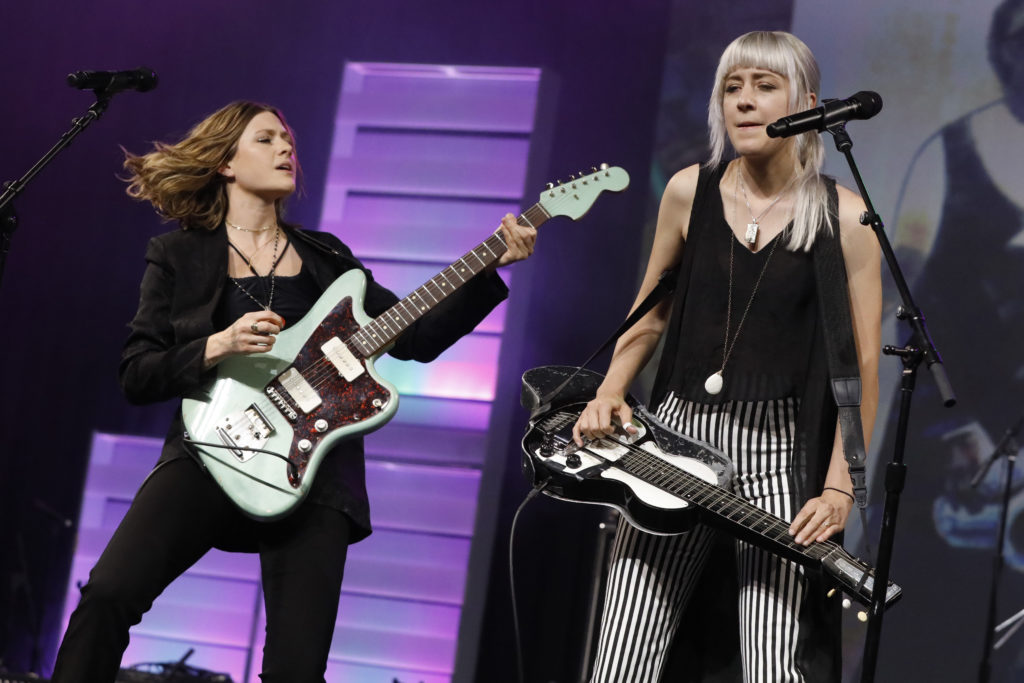