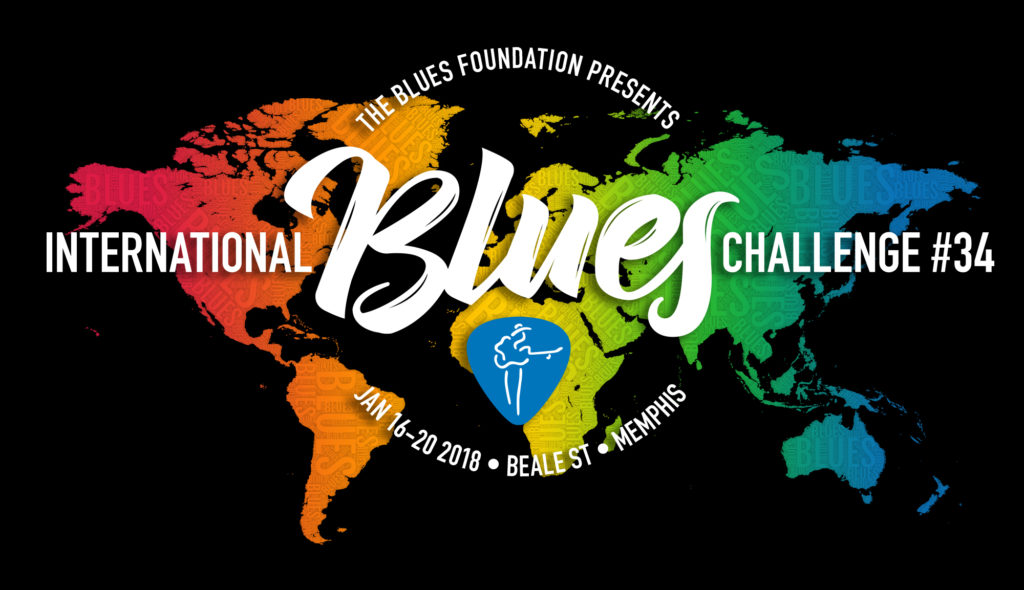 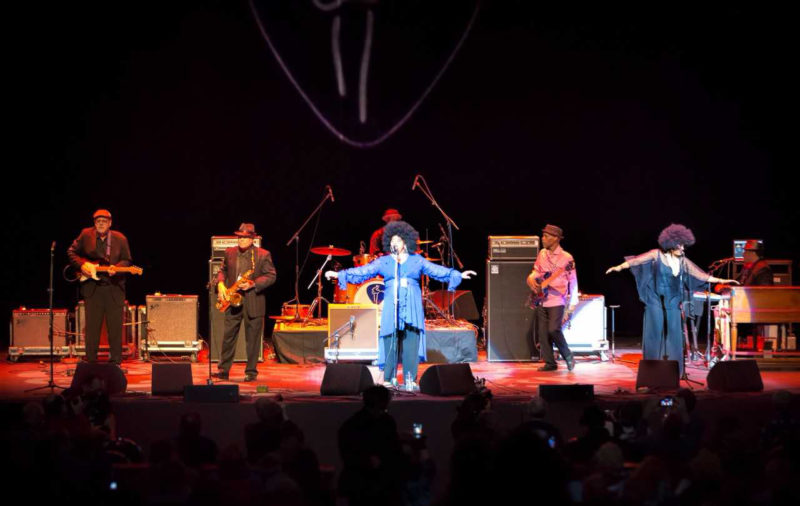 MEMPHIS, Tenn. — The Blues Foundation’s 34th annual International Blues Challenge definitely is about competition; however, the five-day celebration also is about community. Musicians, music business professionals and fans converge in Memphis every year not just to hear the terrific blues being played in the Challenge and the many other showcase events, but also to enjoy the entire IBC experience, which includes expert panels, master classes, documentary movie screening, a memorabilia auction, a Blues Hall of Fame memorabilia unveiling, networking events, and receptions for blues societies, fans, and professionals. It is a wonderful and unique opportunity to salute the past, present and future of this American-bred musical style that is loved around the world.

The International Blues Challenge certainly stands as the centerpiece of the Blues Foundation’s signature event. Hundreds of musicians from across America, as well as from more than a dozen other countries, come to Memphis to play their hearts out, hoping to nab top honors in the Challenge’s five performance categories: best band, best solo/duo act, best band guitarist, best solo/duo guitarist, and best harmonica player.

The International Showcase kicks off the festivities Tuesday, January 16, at 5 p.m. With its stellar lineup of talented blues players from around the world, this is a celebration of music that transcends race, creed, and culture. It’s quite appropriate then that the concert is held at the historic Clayborn Temple, the site of numerous Memphis civil rights events during the 1960s. Beginning Wednesday evening, the Challenge’s competition shows will commence at 21 different Beale Street venues, and continue through Friday the 19th, culminating Saturday with the IBC Finals event starting at high noon in the iconic Orpheum Theatre.

The Challenge, however, represents only one part of the IBC’s exciting activities. Each day comes packed with a variety of musical performances as well as special events. On Wednesday, the Blues Hall of Fame Museum welcomes John Oates (3:15 p.m.) for a book signing and conversation that is open to the public. He’ll share stories from his autobiography, Change of Seasons, and discuss his latest CD project, Arkansas, which began as a tribute to his idol Mississippi John Hurt and was expanded to include some rootsy original tracks. Don’t be too surprised if Oates brings out a guitar and plays a few tunes.

Little Steven Van Zandt is one of the participants at the “Blues and Social Action” panel Thursday at the Blues Hall of Fame (2:45 p.m.). Open to the community, the panel discussion will look at how blues music can be used to create a better world. Van Zandt will talk about his work as founder and director of Little Steven’s Blues School in Norway. Panelist and moderator Mike Kappus will discuss his charitable work with the Logan and Arhoolie Foundations, and Little Village Foundation Founder/CEO Jim Pugh will address the ways he has seen blues music positively affect musicians and society, while Blues Foundation board member and HART Fund Committee Chair Dr. Janice Johnston will share the Foundation’s work to ensure musicians’ health.

Blues music’s societal role also is at the heart of the IBC’s Keynote Panel — “AAB: Addiction, Abuse, and the Blues.” Taking place Friday (2:15 p.m.) at Alfred’s on Beale, this panel expands upon last year’s “Blues as Healer” theme by examining blues music’s relationship with the often stigmatized struggles that individuals have with addiction and abuse. Author Marie Trout (The Blues: Why It Still Hurts So Good), who was part of last year’s panel, returns to serve as the moderator, with musicians Eric Gales, LaDonna Gales, Doug MacLeod, and Karen Lovely relating their very personal stories.

The Blues Hall of Fame, on Thursday at noon, will welcome Lonnie Brooks’ guitar and signature hat into its collection. Ronnie Baker Brooks and Wayne Baker Brooks, the sons of the late, great Chicago bluesman, will be in attendance along with other family members, and will share stories and answer questions about their father.

This year’s featured documentary, Shake ’Em on Down: The Blues According to Fred McDowell, will be screened Thursday at 1 p.m. at the Blues City Café. The acclaimed one-hour film takes a look at the life of the legendary musician who was a major figure in the North Mississippi blues scene. Filmmaker Scott Baretta will do a post-screening Q&A.

At a special luncheon on Friday, the Blues Foundation salutes the recipients of the 2018 Keeping the Blues Alive Awards in the Doubletree Hotel’s Grand Ballroom. Twelve individuals and organizations are being recognized for their laudable work to bring more awareness to the blues. During Saturday’s International Challenge Award Finals, the Foundation will present a fundraising Silent Auction featuring an amazing array of blues memorabilia and blues-related items.

Showcases and jam sessions provide a bevy of marvelous music listening opportunities day and night throughout the IBC. Wednesday afternoon, for example, features the Pacific Northwest Showcase, while the Great Canadian Polar Bear Blues Showcase, the National Women in Blues’ Annual Showcase and the International Jam fill up Thursday from noon until late into the night. All Star Jams will also be happening late on Thursday and Friday nights, with Youth Showcases occurring Friday afternoon at several Beale Street clubs.

A number of showcases also serve as fundraising events with proceeds benefitting the HART Fund, to support musician health, and the Generation Blues Scholarship Fund, to assist young musicians for summer blues camps and workshops. A wonderful variety of blues music will be performed in these showcases during the daytime before the Challenge begins and each evening once the Challenge performances conclude for the night. For schedule details, please visit The Blues Foundation’s IBC Schedule (https://blues.org/ibc-schedule-2018/). 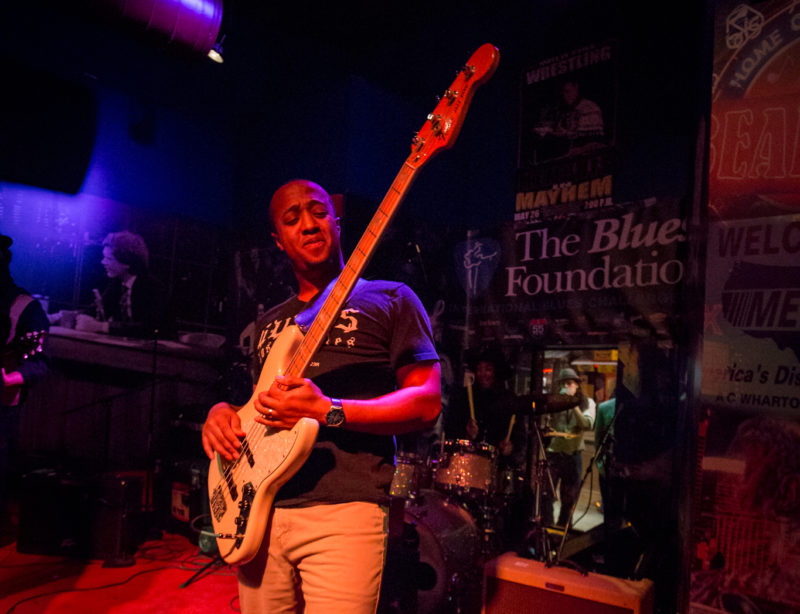 A number of showcases also serve as fundraising events with proceeds benefitting the HART Fund, to support musician health, and the Generation Blues Scholarship Fund, to assist young musicians for summer blues camps and workshops. A wonderful variety of blues music will be performed in these showcases during the daytime before the Challenge begins and each evening once the Challenge performances conclude for the night. For schedule details, please visit The Blues Foundation’s IBC Schedule (https://blues.org/ibc-schedule-2018/)

Bob Margolin also is participating in an exciting program of Master Classes scheduled on Thursday afternoon at various Beale Street venues. Margolin will teach the electric guitar workshop, with Bob Corritore leading the harmonica class, Danny Banks doing the drum class, and Russell Jackson running the workshop on upright and electric bass. Additionally, Doug MacLeod is doing a master class in his specialties: the slide guitar and special blues tuning for guitar.

As exemplified throughout the International Blues Challenge, the Blues Foundation takes a big-picture approach — from preserving the music’s history and growing blues appreciation worldwide to fostering the next generation of blues musicians and helping out current performers. The IBC, in fact, offers a health fair and screenings on Wednesday and Thursday afternoons, and there will even be a Blues Yoga Class held at the Hall of Fame Museum on Thursday morning.

Wristband tickets for the International Showcase and Tuesday & Wednesday IBC Beale Street shows cost $10 and $15 for Thursday & Friday shows, while the Orpheum Finals tickets are $55. IBC Passes for the entire week are $100 and can be purchased at www.blues.org or by calling (901) 527-2583. In addition, event attendees can buy upgrades for premier seating at the finals ($25 per person) and for the Keeping the Blues Alive Luncheon ($50). Passes are encouraged because they are required for entry into daytime events.

The Blues Foundation is Memphis-based but world-renowned as THE organization whose mission is to preserve blues heritage, celebrate blues recording and performance, expand worldwide awareness of the blues, and ensure the future of this uniquely American art form. Founded in 1980, the Blues Foundation has more than 4,000 individual members with close to 200 affiliated blues societies representing another 50,000 fans and professionals around the world. Its signature honors and events — the Blues Music Awards, Blues Hall of Fame, International Blues Challenge, and Keeping the Blues Alive Awards — make it the international center of blues music. Its HART Fund provides the blues community with medical assistance for musicians in need, while Blues in the Schools programs and Generation Blues Scholarships expose new generations to blues music. The recent opening of the Blues Hall of Fame Museum, in Memphis, Tenn., now adds the opportunity for music lovers of all ages to interact with the music and the history. Throughout the year, the Foundation staff serves the global blues community with answers, information, and news. Support the Blues Foundation by becoming an affiliated organization, corporate, or individual member, or simply by making a charitable donation.

# # #
A few downtown Memphis hotels have partnered with the Blues Foundation for discounted rates: https://blues.org/ibc-lodging/ 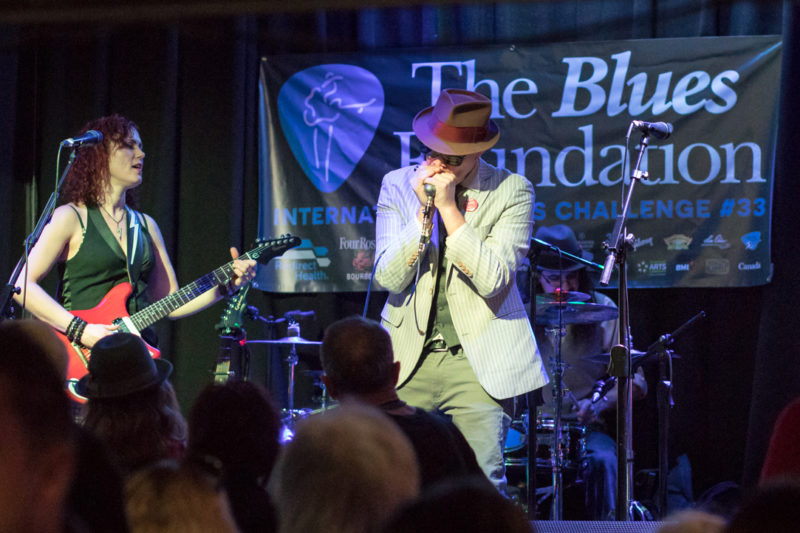 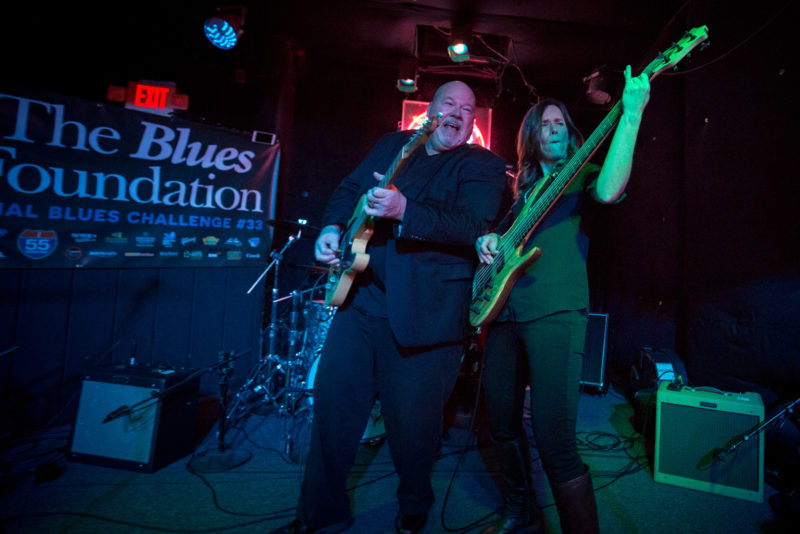